Innovation has been a consistent characteristic of Tennessee Tech through the years and is now a core tenant of the new Tennessee Tech Tomorrow Strategic Plan. We love and appreciate invention in all forms, just as we strive to create the most inventive culture of any university in the country. That’s why the notion of the greatest human invention grabbed my attention as I was recently enjoying a visit to the Smithsonian’s National Museum of American History.

On a recent family trip, we revisited about 400 years of American history in four days with tours of Colonial Williamsburg, College of William and Mary, Monticello, University of Virginia, the U.S. Capitol, White House, National Archives, various national monuments and several of the Smithsonian museums. We relived the best and worst of our national story. Yes, inconsistencies abound between lofty ideals and human shortcomings. Fortunately, the resilience and tenacity of the American spirit has inevitably and consistently preserved our union and made us all better through struggle.

A recurring element throughout our national story is that of innovation and invention. From incandescent light bulbs to LEDs, airplanes to liquid-fueled rockets, telegraph to mobile phones, transistors to personal computers, the list of life changing inventions developed here in the United States is lengthy and impressive. It is also notable that many came out of the most unlikely of situations with limited resources and infrastructure (e.g., Jobs and Wozniak’s development of the Apple Computer in their home garage).

So what is the greatest of all human inventions? How could you decide such a thing? Where would you even begin? That is immediately where my mind went when I saw that display at the museum. However, to my surprise, it was nothing like the computers, mobile phones or magnetic resonance imaging I had imagined. The point of this particular museum presentation concluded that the greatest of all inventions was “the vote.”

One person, one vote. A simple concept, but what a tremendous privilege and responsibility. For many of our students, the general election next month will be your first opportunity to exercise this constitutional right of U.S. citizenship. I encourage all of us to vote your conscience and take advantage of this greatest of human inventions. 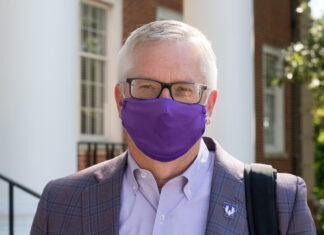