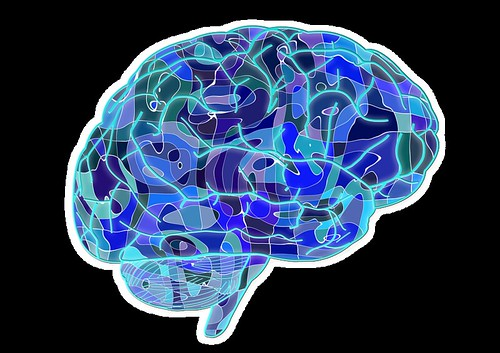 Research is a creative endeavor; oftentimes graduate students are looking at something that has never been looked at before, or approaching something from a completely different perspective.  The products of our degrees—theses, dissertations and publications—are entirely new works. But how do you create something from nothing?

Several graduate students have already written about how their hobbies and creative pursuits have helped their research, whether it’s singing, baking, or doing something else.

For any grad students who want to learn more about the science of creativity and how we can train ourselves to become more creative (and if you’re looking to take a break this summer with a good book), I would highly recommend Nancy Andreasen’s The Creating Brain.

Andreasen approaches creativity from both a scientific and an artistic perspective. The author is the perfect person to do this, since she is both a scientist and an artist. Graduate students will be interested to find out that she started her career with a PhD in English literature, then decided to go to medical school five years later. She writes that she does not regret her first PhD, but embraces it as another layer to her being and another aspect to her life. To her, it was much more than a hobby; it was a passion that she hasn’t given up and will never give up.

As a neurologist, Andreasen discusses the science of brain development, which begins in the womb and continues through early adulthood. As a child grows, the brain creates synapses or connections between neurons, basically wiring itself. The brain actually makes more synapses and connections than are needed during childhood and early adolescence. Then, during late adolescence and early adulthood, the extra connections are “pruned” back to the ones that are used the most and are the most important to daily life.

But it doesn’t just stop there. The brain is “plastic” in that it has a flexible response to the environment. In other words, your brain changes continuously throughout life, and the parts of the brain you use the most can increase in size. Andreasen cites a study about the hippocampus, which is thought to be the part of the brain that deals with spatial memory and is important to navigation. The study found that the hippocampus was larger in taxi drivers than in people with other professions, and the proportion of size increase was directly related to how many years the drivers had spent driving a taxi.

Just as driving a taxi can lead to changes in hippocampus size, it is possible for people to train themselves to be more creative, finding new solutions to problems and leading the way to new discoveries. The author claims that we all have the capacity for creativity, and that we can teach ourselves to be more creative by taking the following steps:

– Seek out mental challenges
– Explore other fields and interests, and study them in depth
– Meditate every day, and give yourself free time to think
– Observe the world around you and describe it
– “Practice imagination”––instead of trying to control or quiet your thoughts, let them wander and open yourself to the places they lead.

The book is a more than worthwhile read for anyone who wants to learn more about brain development, creativity, and how they can take steps to foster creativity in themselves and others. The author is intellectual and well-read, drawing upon her knowledge of neuroscience as well as her interest in the lives of great figures such as Mozart and Michelangelo, and discussing them in a way that is easily understood and expresses her passion and appreciation of both.

The last few pages of the book are a call to action to continue learning, and to treat the arts and sciences as connected subjects rather than separate and isolated things. Discoveries are often made as a result of different fields coming together, and we all have much to gain from it.