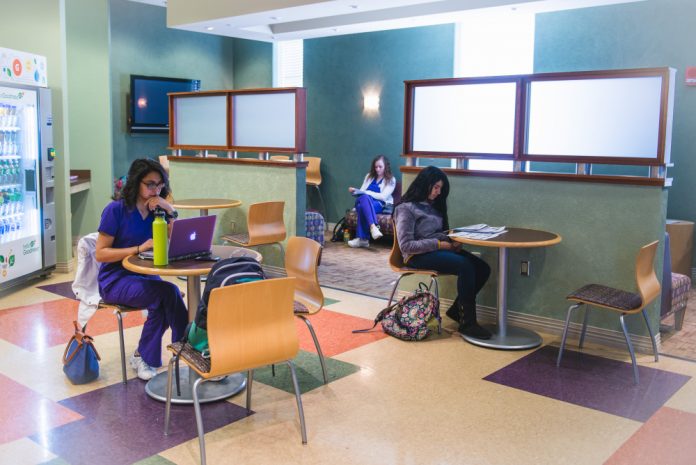 I knew I’d hit a particularly low point when, this January, I found myself spending more time than I’d care to admit Googling “psychics in Boston.” I was still recovering from a flu that had knocked me out for nearly three weeks, amidst which I’d flown to Chicago for the MLA conference (literature’s big field conference, for the unfamiliar). It might have been the physical toll of the illness – the worst I can remember in years. Or perhaps it was the psychic toll of the conference and all it represented – a conference where countless others interviewed for tenure-track jobs that I might never have a chance at despite everything I’d accomplished. Most likely, it was both as well as a a total adrenaline crash from the previous six months of defending my dissertation and starting a new job (and new courses) without taking a significant break.

I guess I figured a psychic would help. I never been to one in my life and I’ve never really been one to believe too much in that kind of “New Age” stuff, aside from reading my horoscope with some regularity (shout-out to my fellow Scorpios and to Sonia Saraiya for perfectly encapsulating my feelings on this matter). But I know that what I was really searching for online was not the psychic at all – it was answers: a sense of certainty . I wanted someone to neatly unfurl the future before me. I wanted someone to tell me to keep going, to tell me it would be ok, to tell me everything would work out as it’s supposed to at a time when I was seriously struggling to tell myself.

I was riddled with guilt. I had succeeded in getting a job and one, moreover, that I not only truly loved but that, as far as contingent positions go, is about as good as it gets (low course loads, relative stability, outstanding colleagues and students). How could I possibly complain? I was also riddled with doubt. Was I doing enough to be rehired for next year? Did my students like me? Was it ok that I was producing scholarship at a much slower rate than during graduate school? Would I ever find a publisher for my work-in-progress? Would I ever get anywhere on that work? Did any of it matter? I couldn’t shake the feeling that everything I did – everything I was pushing myself to to do – was utterly meaningless, even though it still felt important to me.

It seems clear enough now that I had a real case of burnout. Ironically enough, this was around the time when burnout was a hot topic thanks to Anne Helen Petersen’s viral Buzzfeed article and several important responses to it. And while I recognized that my burnout, like Petersen’s, bears a certain incontrovertible degree of privilege, the article seemed to articulate some of the deep-seated feelings I was experiencing (and I mused, too, that it didn’t seem incidental that Petersen had also earned her PhD). For the better part of the year, I had been tired, anxious, and irritable (some of those, familiar feelings), but I was also increasingly forgetful, missing deadlines or appointments because they simply slipped my mind (sorry GradHacker Eds for the sometimes last-minute posts!), less motivated and productive than usual, more prone to procrastination, and generally, almost consumingly, demoralized. Reading Petersen’s article made me feel less alone.

I write this now hoping that it might make someone else, too, feel less alone. We know that mental health is a crisis in academia and that the solution ultimately has to be systemic, not individual. Nonetheless, we at GradHacker HQ haven’t shied away from offering advice on how to overcome slumps in the hopes that it could provide temporary solace. While the majority of this advice has focused on solutions for getting your groove back  academically or pedagogically, I want to take a slightly different tack and talk about some of the most effective things ― some work-related, others more general ― that have helped me start to beat the burnout (or that might prevent it in the first place!)

Make a Long-Term To-Do List
When I’m feeling particularly overwhelmed or unmotivated (the two are often not mutually exclusive), I find it helpful to make a long-term to-do list. It can be easy to get wrapped up in the idea that everything needs to happen at once: that chapter needs to be finished, that article revised, that syllabus revamped, etc. For me, at least, I can lose sight of the bigger picture when I start to stress about everything that needs to be accomplished, seemingly at the same time. In those moments, I’ve found that it can be useful to take a step back and revisit my expectations and timelines, parsing out important tasks over a series of a few weeks, months or even years. Often I’ve found that breaking down big tasks into a series of smaller steps and smaller deadlines can take the pressure off the immediacy of the short-term to-do list; it not only helps me implement a doable plan but helps me refocus on the few key things that actually need to be done quickly so I’m better able to manage my time and, perhaps more importantly, my attention.

Prioritize Your Own Work
When I’m feeling burned out I often find it’s because the majority of my time and attention has been concentrated on tasks that primarily benefit other people ― everything from responding to emails, to grading or tutoring, to departmental or community service, to research assistantships. Don’t get me wrong,these things are important, and they are things that I often enjoy immensely. Taken together, though, they can sometimes leave me feeling drained and unable to prioritize my own research/projects/activities. Recently, I was listening to a podcast interview with “Intern Queen” Lauren Berger. One of the pieces of advice she gave that particularly resonated with me, drawn from her recent book, was to start your workday with tasks that are crucial to you rather than with email or something for someone else. It’s not always possible, of course, but I’ve tried to make it a practice to do just a little bit of work on my own projects before I delve into other, externally motivated tasks. Even if it’s only an hour or so, it’s made a world of difference in terms of my outlook and ability to find balance in my day, so I don’t feel like I’m constantly working without any output to show for it. I even started using a Pomodoro timer (where has this been all my life?) and just two or three cycles on an otherwise busy day can be enough to do the trick!

Reframe Your Idea of Productivity
Perhaps the most oft-repeated piece of advice for beating burnout is to take a break. But if you’re someone like me who has trouble truly relaxing, taking time off can be really difficult to do (especially in a culture of academic overwork), even though it’s vital. “Taking a break” and not doing anything can sometimes be more anxiety provoking. I’ve found, however, that when I do need to take a break from academic life, the best thing to do short of taking time off entirely is completing other tasks that are still productive but are not necessarily work-related. I’ll spend a day listening to music or podcasts while cleaning my apartment. Or I’ll take my dog to the park and maybe run a few errands while I’m out. I might schedule a few appointments that I’ve been neglecting. These are not always the most exciting tasks, but they can afford me the mental break I really need while also keeping my mind and body occupied. The point is, though, that you absolutely have to reframe what counts as “productive”; doing so goes a long way!

Go Dark on Social Media
For me academic twitter has been, in equal measure, a great networking resource and a source of extreme anxiety. While it’s allowed me to connect with scholars in my field across the country, organize panels, and learn about new research, it’s also been a constant reminder of other people’s productivity and successes. I myself sometimes fall into the habit of using Twitter as a highlight reel instead of posting the good and the bad. Nearly every time I post I feel an intense urge to delete it, out of both embarrassment and fear of contributing to the problem (many times, I do). It can be incredibly unsettling to scroll through Twitter and find post after post after post of people doing amazing pedagogical things, writing countless articles, going to all the conferences, seeming to be endlessly productive, especially when you’re struggling to do so (and even if it’s not real life). The relentlessness of the question “how will I ever keep up and get a job with all these accomplished people around?” can be paralyzing. Social media ― not just Twitter, but Facebook and Instagram too ― can breed insecurity and self-doubt. This is not news. As a result, it can be really beneficial to cut it out entirely or at least limit your intake. While I daily consider but haven’t yet gone dark on Twitter entirely, I have set limits on my phone that only allow me to scroll for 10 minutes a day, and I’ve made a conscious effort not check it first thing in the morning so it doesn’t set a negative tone for my day. Checking it in moderation has prevented me from dwelling too much on what everyone else is or seems to be doing and instead to focus on what I’m doing.

Change Your Environment
Right around the time I was feeling especially burned-out, organizing-guru Marie Kondo’s Netflix special had just been released. Like many, I binged the show and immediately ran to my closet and started folding and organizing (because compartmentalizing your belongings is better than compartmentalizing your feelings, am I right?). I was not only decluttering but changing my space in a tangible way. Indeed, if there is “life-changing magic” in Kondo’s method (questionable views on books aside), it’s because, at base, Kondo is advocating for changing and re-charging the energy of the space we occupy. And this change of energy is not just about the physical or material but is ultimately mental, too. I think that changing your environment can be impactful, forcing you out of or mixing up a familiar space or perspective. This could be big things (going for a walk in a new spot, taking a trip to a new place) but it can also be much smaller ones (rearranging furniture, decluttering belongings). In one of the episodes I was watching, Kondo said that in the morning she likes to open the window and light incense to change the air in the room. Hokey as it sounds and as hokey as it definitely felt, I took her advice to heart and went to my office. While I don’t have any windows, I did light incense. And even if it was just a placebo effect, that small step quite surprisingly made a huge difference because I felt like I was no longer passively accepting my burnout but was taking active steps to combat it. I was in control of my space and environment; it couldn’t consume me. I changed the air in the room and found that my perspective began to change slowly, but undeniably too.

And for the record: I never did get to the psychic, but I’m still open to recommendations for a good one!