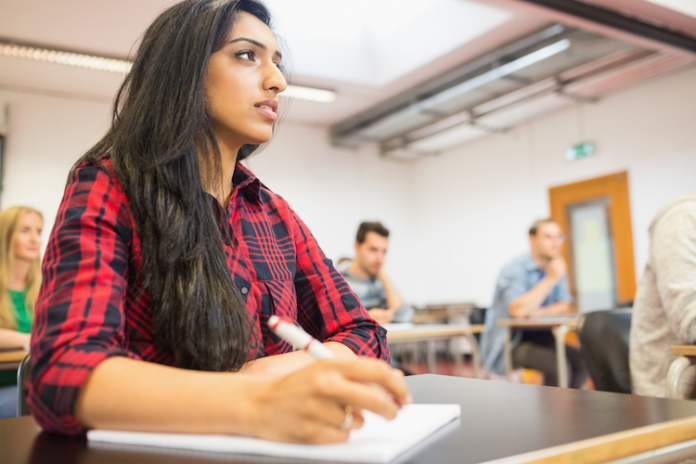 Laptop computers make note-taking convenient and efficient, but can they also be a hindrance to students?

A recent study found that students who took notes with paper and pen outperformed their classmates who used laptop computers to take notes on the same material, suggesting that teachers and lecturers should encourage their students to turn off their electronic portable devices and jot down notes the old fashioned way.

While some students equipped with a pen or pencil may like to doodle on their note pages, research indicates that taking notes the hi-tech way is actully more distracting. Modern electronics makes it easy to tune out the lecture and class discussions.

A study titled “The Pen is Mightier than the Keyboard: Advantages of Longhand Over Laptop Note Taking,” published in Psychological Science, tested which method better affects learning.

This sets a foundation to the researchers’ proposition. One function of taking notes is the process of retaining what is learned by encoding the information. A second function is that taking notes creates a storage process that can be looked at later to reinforce what was encoded. The dilemma is the interplay between fast typing, which captures maximum word flow, or selectively compressing key ideas while writing by hand, which is a slower and more incomplete capture method.

Mueller and Oppenheimer conducted three controlled tests to measure student performance with notes that were typed versus handwritten. They found that the students using laptops took significantly more notes than those using paper and pen. Students using both note-taking methods remembered facts such as dates equally well. But laptop users did significantly worse in answering follow-up questions based on conceptual application of the information presented.

The researchers got similar results in a second note-taking test that nudged laptop users to avoid writing things down verbatim. The laptop users could not overcome the instinct to capture information presented verbatim. In fact, laptop note-takers did progressively worse the more words they copied verbatim.

The third research segment tested the concept of externally storing and reviewing notes to improve retention of learned information. The researchers allowed students to review their notes in between the lecture and test.

The premise was that students who reviewed their typed notes would be able to benefit from the more extensive notes than their handwriting classmates had to study. That premise failed. The students taking notes by hand continued to outperform the laptop note-takers.

This research might also place more prominence on using electronic note-taking devices that rely on stylus input rather than keyboard typing. The researchers suggested that it is unreasonable to expect students to fully shun modern devices in favor of old-fashioned paper and pen. But an electronic tablet with a stylus might overcome the gap Mueller and Oppenheimer found between notebooks and laptops.