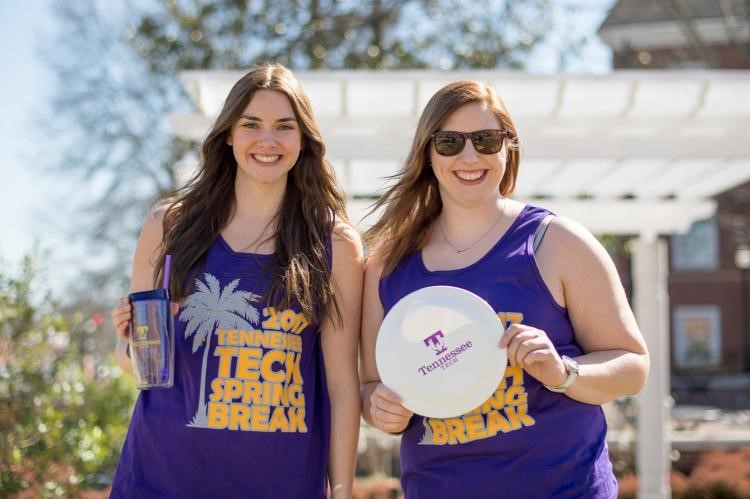 Any graduate student will tell you that life changes when you go into graduate school. While undergrad varies between intense and laid-back (given whatever major you are), graduate school is a much more focused and concentrated journey into academia. Pictures of burned out, exhausted students with 7 cups of coffee sorted under “grad student” litter stock image sites and google searches. People tell horror stories of forgotten deadlines and rejected proposals, presentations and publications and papers out the wazoo. But how realistic is that when looking at all graduate majors? Are you doomed to sleep-deprived months where you push yourself to the brink to meet harrowing deadlines? Maybe. Probably not. Hopefully not. All I can talk about is mine and some of my fellow colleagues’ experiences as grad students at Tennessee Tech. Hopefully I can paint a somewhat accurate picture of life as a TTU grad student.

What your life looks like depends on your major and concentration.

As Professional Science Master’s student with a concentration in Environmental Informatics and a graduate assistantship split between the School of Environmental Studies and School of Interdisciplinary Studies, a day in the life for me looked different depending on what day of the week it was. Since my major was interdisciplinary in nature, my program of study incorporated coursework in statistics, business, and GIS (geographic information system), and so my classes did not easily relate to one another.

Moreover, since my GA work was split between two schools, I had to parse out my time spent working on each school’s projects equally. These things, coupled with the variable schedules that both schools tended to have for their faculty, led me to have a bit of a perpetual professional and academic “identity crisis”. I was blessed with a flexible work schedule as a GA, but I had to constantly adjust my schedule according to school and work deadlines.

On days where my classes started later, I could sometimes afford to sleep in a bit and get some GA work in before class, but other days were packed from morning all the way until the evening. In addition, each semester’s schedule would be vastly different due to the nature of the classes and the work. Some semesters I found myself consistently being in the office earlier while other semesters I’d have to work late into the evening. I had more late nights at the office than I care to admit.

My GA work also shifted over time. I began my work doing mostly administrative tasks such as document formatting and conducting research for a lit review, so my days would be spent looking at word documents and doing archival research online.

Later on, my duties became more marketing-oriented, such as designing websites, flyers, posters, banners, newsletters, and presentations and recruiting, managing social media, networking, and correspondence. In addition, by my second year of my 2-year program, I started my capstone project which incorporated working as an intern with a supervisor in my field. So, in short, my days were incredibly varied and constantly shifting.

However, some programs necessitate rather strict routines for their students.

For instance, one friend of mine who was a pursuing a Master’s in Biology had a pretty different schedule from mine. She would get up at around 5 am to go into the lab to do work, then attend class, then teach a number of biology labs, and then try to fit in more lab work before going home and sleeping. Class time was heavily overshadowed by graduate thesis research, proposal writing, and teaching.

Often, she would be gone over the weekend to conduct sampling for various biology classes or graduate research projects. She seemed to have almost zero free time and was constantly running from one thing to the next. Talking to other graduate biology students revealed a similar schedule. There was a heavy focus on research, sampling, and teaching and a lighter focus on classwork.

Another program I got to see a more inside look of was the Masters of Business Administration. Since some of my courses fell into that program, I befriended some of the other MBA students I had class with. The general consensus was that the workload was heavy and demanding, and the teachers liked to challenge their students. One friend of mine had a particularly grueling schedule. She worked shifts at the Cookeville Regional Medical Center while simultaneously taking full-time hours and working as a GA for the College of Business. She was also in the process of applying to med school and taking the MCAT. She saw the MBA as giving her a competitive edge when applying to med school. This friend was perpetually working on something, and her schedule was ever-shifting and she was incredibly hard to track down sometimes.

So, daily life varies depending on your program. But one thing stays constant across all graduate majors…

Grad school life is a constant juggling act between work, school, and your personal life

Like I mentioned before, my days were split between classes and GA work. One thing that tended to be a struggle was the constant need to reprioritize my work. At some points, when a big test or paper was coming up, I’d need to shift my GA schedule to allow time to work on it. I would often come in on weekends to work after a particularly schoolwork-intensive week.

On the other time, there would be instances where big work deadlines would sneak up on me and I’d need to push schoolwork to the back burner to complete the GA work in time. When I began my internship that was yet another thing added to the plate of never-ending things that needed my attention. There were many times where I would feel like I’d gotten a great deal of work done in one sector of my life, only to realize that I had a bunch of things to catch up on in another area. This, of course, was the same for my other friends in grad school.

A social life is important to have, but you have to be strategic with your plans

Surprisingly enough, I still was able to maintain a personal life outside of school and work. I had never lived in Cookeville prior to going to Tennessee Tech for grad school, and it took me about a semester and a half until I was able to find some people I really clicked with. Those first months were quiet and focused, and I was a lot more productive on my own. But emotionally, I was very thankful when I did find people to spend time with on a regular basis. Often, I wouldn’t really talk a bunch about grad school because it was a relief to not have to talk about my work. It was nice to be able to sit back and not think and just laugh with friends.

Even still, I found times where my personal life would try to get in the way of grad school. I would get caught up in wanting to be around my friends all the time which would eat into my productivity. In response, I had to make sure to carefully plan out my days and mostly prioritize work over social time. While I wanted to spend time with all of my friends all of the time, I realized that I would only be more stressed if I continued to put off work, and my social life would eventually suffer as well due to that stress.

That’s why, no matter who you are or what grad program you’re in…

One of the most important things I learned is that whatever I was doing, if I felt myself getting overwhelmed, I had to make sure to take a little bit of time alone to “cleanse my palate”. The most relaxing and healing times for me were often spent alone and outdoors, just reading or journaling. If anything, the mere act of scheduling time to just relax is helpful. It helped me remember that I could take time to rest and didn’t always have to be doing something.

In conclusion, grad school is different for everyone! But it poses a massive challenge and will stretch you in many ways. Each day will look different, even if you have a consistent schedule. If anything else, remember to expect the unexpected! This is a wonderful opportunity to grow in many ways.