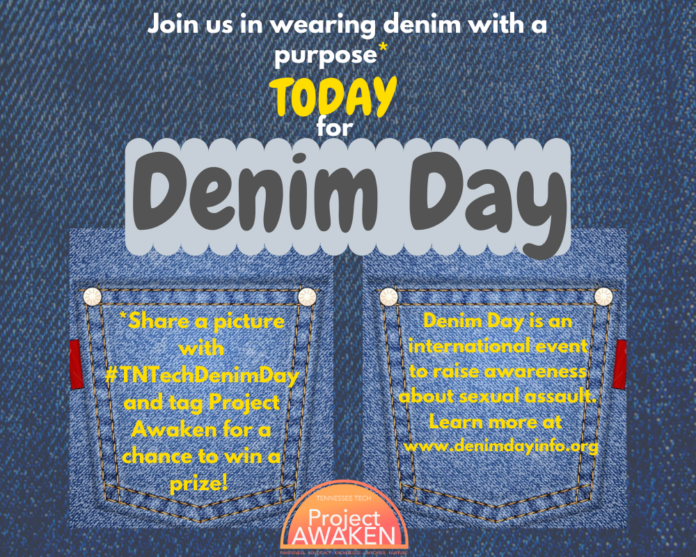 Join the Women’s Center, Counseling Center, and Project AWAKEN in raising awareness of sexual assault by participating in Denim Day TODAY!! All you have to do is wear denim and share a picture on social media (tag Project AWAKEN for a chance to win a prize).

Why denim? Denim Day was originally triggered in the late 90s when a teenager who was sexually assaulted by her driver’s training instructor was blamed for her assault since she was wearing tight jeans.  Denim Day started internationally in response to this case; wearing jeans annually on Denim Day has become a symbol of protest against erroneous and destructive attitudes about sexual assault.