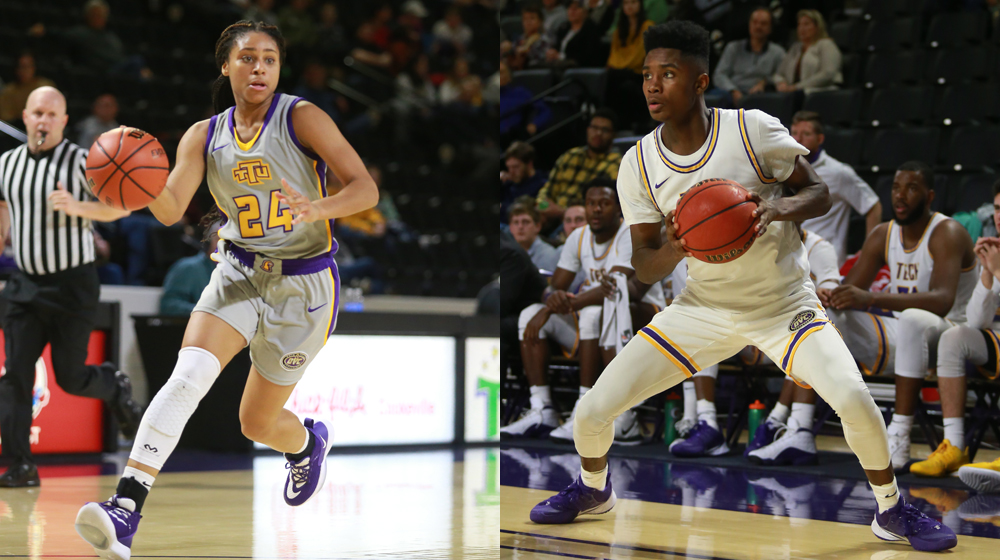 The Tennessee Tech basketball doubleheader against Belmont on Thursday, Jan. 30 will have slightly different tip times than what Golden Eagle fans are accustomed to.

With the men’s contest against the Bruins set to appear on national television on ESPNU, the Tech women’s contest against its Ohio Valley Conference foe will begin at 5:00 p.m. CT. The Golden Eagle men will follow, kicking off their round of action against Belmont with an 8:00 p.m. start.

The Tech men’s team heads into its yearly match-up with its in-state rival boasting the second-most, regular season victories among OVC teams since Belmont joined the league in the 2012-13 season. All three of those wins came in the comfort of the Hooper Eblen Center and rank behind only Jacksonville State’s five.

The Golden Eagle women, who as of Friday represented the league’s top-ranked team with a perfect 7-0 mark in league play, will clash with a Belmont squad that has won each of the past three OVC regular season titles. Tech handed the Bruins one of just two conference losses last season.

To get tickets for the doubleheader or any of the Golden Eagle basketball games, call the Tech ticket office at 931-372-3940, visit TTUSports.com or visit the ticket office located in the Hooper Eblen Center.