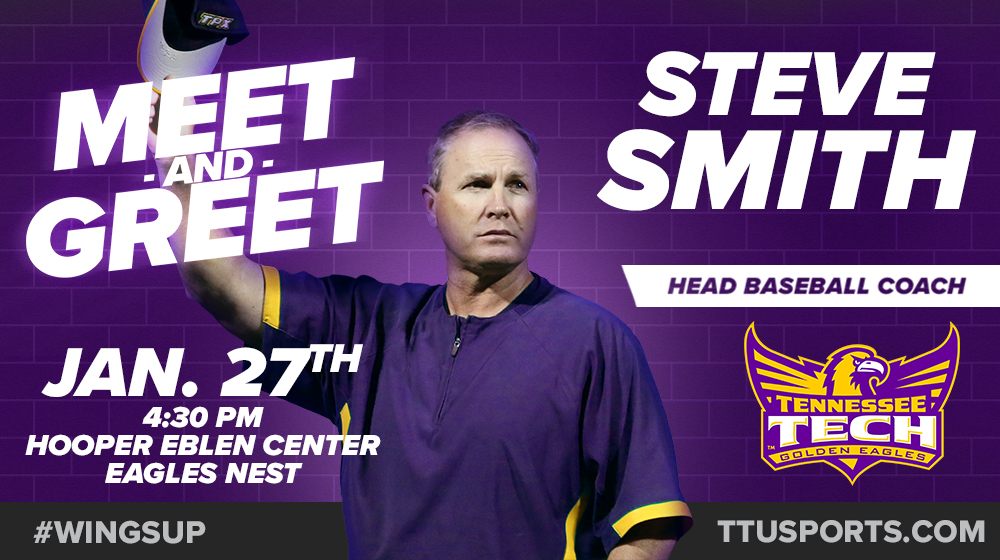 The public is invited to a special meet-and-greet in the Eagles’ Nest of the Hooper Eblen Center Monday, Jan. 27 as Tennessee Tech introduces Steve Smith as the 15th head baseball coach in program history at 4:30 p.m. CT.

Tech Athletics announced the signing of Smith as the newest addition to the Golden Eagle family on Dec. 20, 2019. Smith joins the purple and gold with over 20 years of Division I coaching experience as the head coach of Baylor University.

Rooted in collegiate baseball for over 30 years, Smith most recently served as an assistant coach and the pitching coach at Auburn University. He spent the past two seasons (2018-19) with the Tigers, whose pitching staff turned in two of three highest strikeout totals in program history.

The winningest coach in the history of Baylor Athletics, Smith won 744 games during his 21-year tenure with the Bears. He turned in 16 seasons of 30 or more wins and six campaigns with 40 or more, including a program record 50 wins in 1999. Additionally, the Bears’ five winningest seasons came under Smith’s guidance.