The chill water plant and system is back in operation. By tomorrow, chilled water temperatures should be back to normal operational levels. Please make sure any windows or outside doors that have been opened are shut.

The chill water plant and system is currently being filled, and the air conditioning is expected to be operational by the end of this week. The upgrades to the system were completed last week.

Work is anticipated to be completed at the end of this week and pipes will be partially filled for system testing. If there are no problems during the testing, the system will be filled and placed in operation by the end of next week.

The campus’s air conditioning, which is powered by a chill water plant and system, was disabled on Thursday, Jan. 19, for upgrades to be able to support the new fitness center and science building.

“This is the only time of the year that this work can be done without a more serious impact on the campus community,” said Jack Butler, associate vice president for Facilities & Business Services. “We didn’t want to do this during a time of year that would have higher outside temperatures.”

The system was shut down to allow University Facilities staff to drain the current system in preparation for the work. New valves at the chill water plant will be installed, along with valves and lines in the system that will feed the new buildings.

This work was expected to take three weeks to complete. During this time, the only cooling available on campus will be in Foundation Hall and Tech Village, along with the independent cooling system for the data center in Clement Hall. 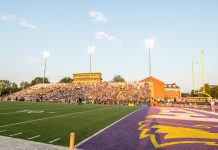 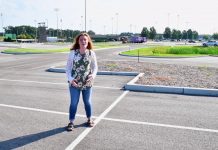 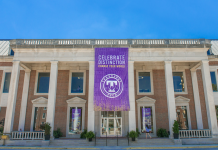