Tech’s Jonathan Adams succeeded as champion, advancing from first round all the way to finals as a maverick (single person debate team) in a field of 72 novice and varsity competitors from Tech, Berea College, Middle Tennessee State University, Transylvania University, Bryan College and Walters State University.

“Most of what gave me the edge was the help of the rest of the team during the 15-minute prep periods in putting together good cases with solid evidence,” Jonathan remarked. “During the semifinal round I relied on a good piece of technical advice by Coach Metz that essentially won the round for me.”

One of the two club coaches, Jacob Metz, reflected, “I am very happy with how the team performed.  All of our teams won at least half of their debate rounds. We have a very talented group of people involved in the team this year and I think that the results from this tournament showcase that fact. Our teams worked very well together, had a strong overall showing, and are poised to continue improving and bringing home more awards at future tournaments,” Metz said.

“This is a tournament that has gradually grown larger every year and in a field of competitors that continually expands both in size and in quality of competition, I think that both Jonathan and Marcelo did an excellent job at the tournament to earn those awards,” Metz said.

With such a strong start to the season, fellow speech and debate coach Graham Kash says it is reasonable to expect continued success.

“Last year we won 120 awards. We hope to do that well or better this year. We are all friends. We just like to beat each other,” Kash commented, “I expect us to have merit and to have fun doing it.”

Success is likely with a substantial increase in team size with an influx of novice representation spiking this year’s roster.

“This year’s speech and debate team is a mixture of experienced and new speakers,” Kash said. “I expect that the experienced speakers will continue to do well. The new speakers are catching on fast and will do well sooner or later. We hope sooner.”

Student speech and debate club president Ryan Goke said, “This is the largest team we have had in the four years I have been here. All of them are hungry to learn and eager to better themselves. As a small team we have always done exceptionally well, giving even the larger schools a run for their money at these tournaments. This year I think we have the opportunity to go farther and so, better as a team than we have ever done in the past.”

“I love what I do.” Goke said, “Every practice and tournament is an opportunity for me to better myself and become a better speaker and competitor.”

The Golden Eagles return to action this weekend at Berea, Ky. where they will see many of the same teams. The following tournaments introduce a larger inventory of debating styles including national parliamentary debate association (NPDA), international public debate association (IPDA), and a variety of 13 different individual speaking events such as impromptu, dramatic interpretation, persuasive, informative and extemporaneous speaking.

Eyeing such a line up for the year, Metz looks forward to the challenge.

“The results we have achieved show that our debaters have the skills and knowledge to continue progressing to more in-depth discussions of debate topics and that we as a team can continue pushing forward with our planned practice regimen on new and more in-depth topic matter,” Metz said. 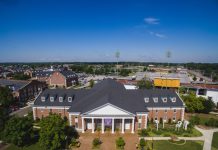 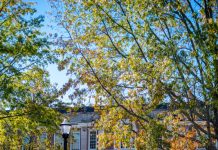 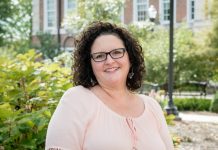